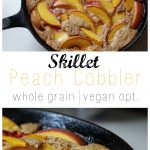 What’s more American than apple pie?? Cobbler, and not the kind that fixes shoes. In fact, I may argue that the humble fruit cobbler is even older and more ingrained in our culture than pie… because let’s face it, even back in the day, not everyone had the time to make a crust. Am I right? According to What’s Cooking America? the cobbler began as the early European settlers attempted to recreate their favorite puddings from the homeland. Without the ingredients they would have normally had on hand, these culinary pioneers had to improvise, and the cobbler (or crumble, buckle, crisp.. the list of names goes on) was born. 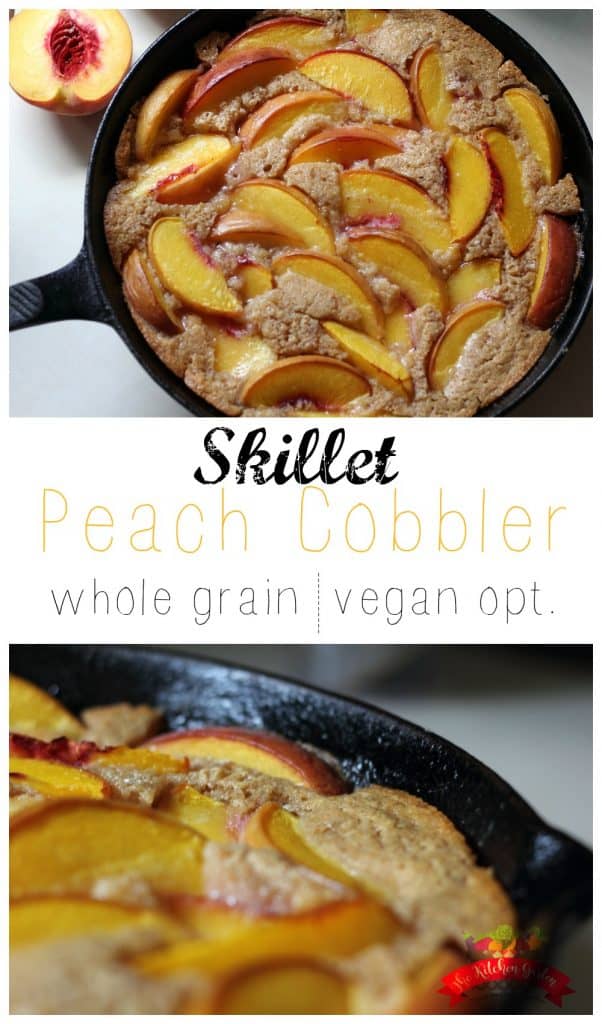 Here in the south, the traditional cobbler has a biscuit-like “crust” and is full of whatever fruit happens to be in season. And while the south can be a bit notorious for artery-clogging fare (fried chicken and biscuits anyone?), I was thrilled to run across a more healthful take on this southern classic. Garden and Gun magazine recently interviewed southern chef Virginia Willis, and she shared her desire to see more healthful ingredients in traditional southern cooking. Can I get an amen?

Can’t a gal have a fruit-laden bowl of biscuity delicousness without using a pile of processed ingredients? (I’m looking at you store-bought flour.) Chef Willis shared her own recipe for blueberry cobbler that is amazing (with a greek yogurt topping instead of whipped cream). Her inspiration led me to create a spiced whole grain peach cobbler that would wow a dinner party (and my 3 kids) and be full of real food. (Need more info on whole grains?)

What about the fruit? For me, peaches reign as the cobbler fruit of choice. My Granny is famous (in our family anyway) for her jars of spiced peaches. Those peeled golden orbs of deliciousness soak in a clove-spiced sugar bath until ready to be eaten. (I’ve never actually watched her make them because I don’t even WANT to know how much sugar is one jar. Ignorance is bliss.) I wanted to create a cobbler that was both whole grain like Chef Willis but also hinted at those spiced peaches from Granny’s kitchen. The cast iron skillet is optional, but the cobbler was really made for it.  You can keep it simple and eat it warm out of the oven plain, or feel free to dollop on freshly whipped cream (lightly sweetened, of course).

I hope you enjoy this new take on a southern classic!

Enjoy the freshness of seasonal fruit and whole grains! And if you’re able to create this in cast iron, you’ll feel like the cooks of years gone by. Have a great week, and I’d love to know your favorite type of fruit cobbler! Leave a comment and let me know!

As an Amazon Associate and member of other affiliate programs, I earn from qualifying purchases with no added cost to you. Thank you!

Buns in my Oven

Loved this recipe! Thank you!

I'm so glad you enjoyed it!

So cute and fun! Thanks for linkin' up with What's Cookin' Wednesday!