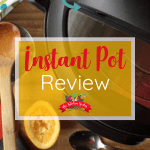 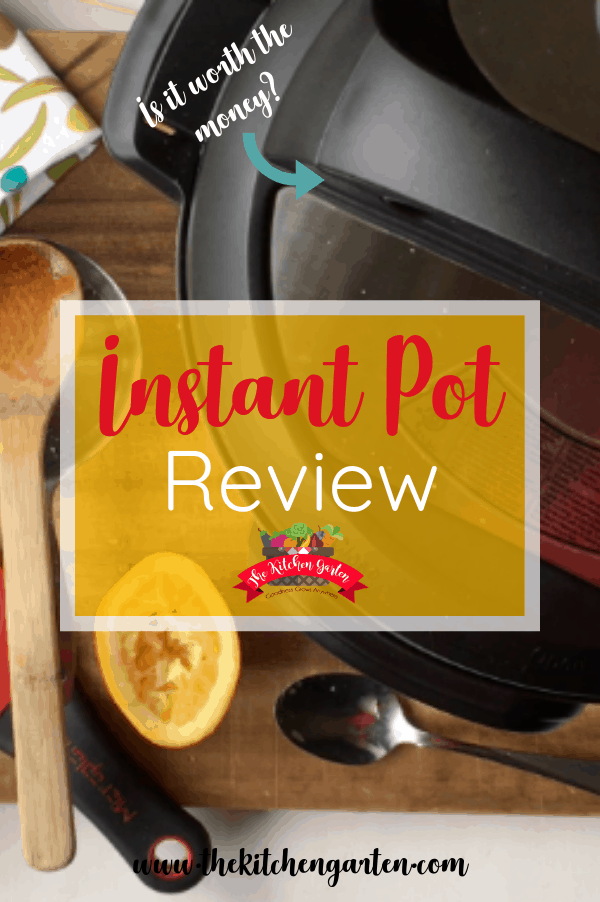 Need an honest Instant Pot review? I’ve got you covered!

For the past year I’ve been dragging my feet on investing in a new slow cooker. The handles on ours have broken all to pieces, and this makes for an interesting adventure anytime I try to pick it up. On Black Friday I finally decided to break down and check out what kind of slow cookers Amazon had on sale. The prices for slow cookers ranged from $20 for a very basic model to $150 or more for a swanky bluetooth controlled high-end cooker. While searching I came across a deal for an Instant Pot…. $63 to be exact.

What is an Instant Pot?

I had noticed Instant Pots in posts on Facebook, but I didn’t really know what they were. I could also clearly see that the Black Friday deal was half of the original price, so it was worth investigating. As I looked into what this pot could do, I realized that it was essentially a multi-functional cooker, including:

After reading an Instant Pot review and watching an instructional video for beef stew in 30 minutes (using the pressure cooker function), I decided it was worth trying. If it didn’t work out, I’d go out and buy a new $20 slow cooker.

The Instant Pot (6 quart) arrived in 2 days thanks to Amazon Prime! (How did I live without Prime before now? It’s not helping my American instant gratification tendencies.) I decided to test a wide range of recipes to utilize each function. The pot hasn’t left the counter in over week because I’ve been using it so much. Here’s what I tried:

For my Instant Pot review, I think most of the tests above list out the pros for an Instant Pot clearly. It can give your stovetop a rest and allow you to prep meals much faster. Clean up is also a real breeze. The pot comes clean easily, and I love that it’s stainless and not some mystery non-stick material. (I use a Norwex scrubbing cloth, and this takes off any stubborn food particles easily.) Finally, the size is wonderful. On screen my husband and I both thought the IP wasn’t as large as our slow cooker, but after actually checking our current cooker, we found the IP was a quart and a half larger. The six quart size is quite generous and can hold large batches and whole chickens.

The small learning curve for using a pressure cooker could be a con for someone who wants to jump in without reading the manual. This is usually me, but after a pressurized cappuccino incident once, I’ve become much more respectful of any tools involving pressure. So be sure to read the manual! The inner rubber ring on the lid of the IP also tends to hold food odors. This isn’t a huge deal since it doesn’t seep into what is currently cooking, but it’s noticeable when you’re washing it. Finally, it is a tall appliance, so keep storage in mind if you have limited space. I like to have most appliances put away, so I’ll need to make room in the pantry for the IP.

After all of the testing for this Instant Pot review, I definitely think an instant pot is worth the money. If you’re only interested in using it as a slow cooker, then there are certainly cheaper options out there. But if you are willing to adjust to pressure cooking, the time you’ll save makes the Instant Pot worth it. Be on the lookout for sales on Amazon if you don’t want to pay full price. Or use a price tracker app so you are notified when the price drops.

Update: I’ve obviously grown to love the Instant Pot even more. Here are some fantastic Kitchen Garten recipes that use the IP: 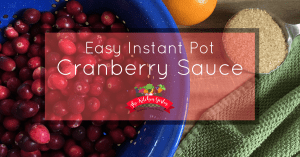 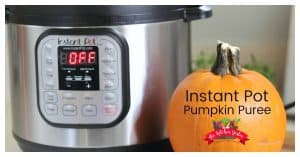 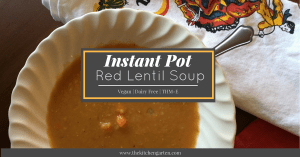 Have a great week!

I've been thinking about getting one of these after we sell our farm. With our new adventure it sounds like it would make my life a lot easier. Great product referral and loved the pros and cons section. Thanks!

I definitely think it's great for small spaces since it's so versatile. We recommended it to some friends who have a tiny apartment with no true stovetop. Thanks for stopping by!